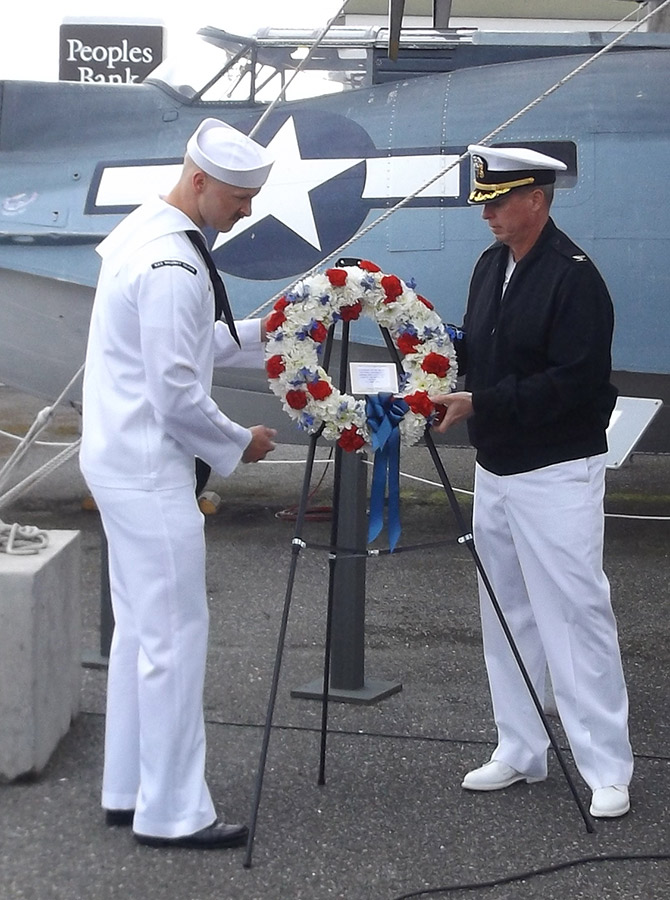 Captain Geoffrey C. Moore, Commanding Officer Naval Air Station Whidbey Island (NASWI), with the station Master at Arms, lays the wreath in the 76th annual commemoration of the Battle of Midway. The Battle of Midway was a decisive naval battle in the Pacific Theater of World War II which occurred between 4 and 7 June 1942, only six months after Japan’s attack on Pearl Harbor and one month after the Battle of the Coral Sea.