From the Desk of Onee…

From the Desk of Onee… 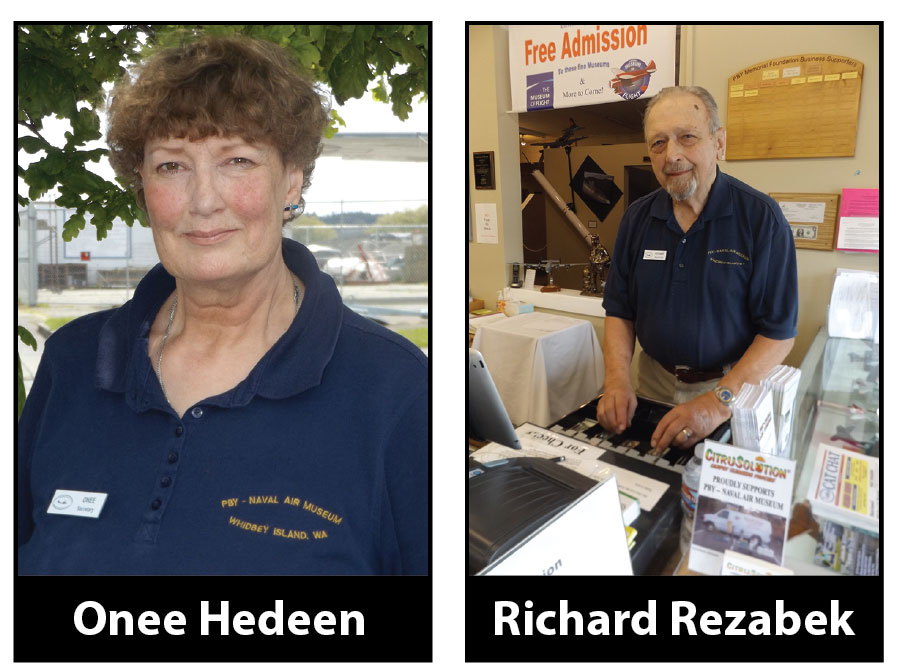 As we approach the end of 2018, many thanks to our PBY Memorial Foundation members who have renewed their membership. Thank you, also, to those who have included donations with their new memberships and with their renewals!

Our latest new members are:

Welcome back former PBYMF members from Oak Harbor, Martha Yount and Gerald Jenkins. And a huge thank you to Mike Legere of Oak Harbor who became a Museum Annual Member in July, and then upgraded to Life Member one month later! (Also, apologies to William Burnett who renewed as a Life Member in April whose name was misspelled in our last newsletter.)

We receive so many interesting letters from our supporters. Donor, Kathy Eichler of Mission Viejo, CA, wrote about her dad. Ralph C. Donaldson was in the PBY that retrieved George Gay from the ocean during the Battle of Midway. New member, Stephen Binion, sent the story of his father. Early in WWII, Captain Lamar “Bud” Binion flew PBYs with VP-73 out of Iceland, and later flew with VPB-45 out of Brazil, receiving numerous medals.

During PBYMF events is another place to hear stories. Ninety-eight-year-old John Hennrich related WWII stories at his table during our August luncheon. Before he became famous for his Oak Harbor tree farm, John spent twenty years serving in the Navy.

My husband, Richard Rezabek, and I are missing the stories we have heard through the years from long time Museum docent, Lauren “Bud” Zylstra, who passed away in June. Bud told us about life here in the 1920s and 30’s, his landing at Utah Beach during WWII, and his famous rhubarb cobbler! Also, passing away in June, was Russell Skelton, Sr. Russell served here with VP-91, and was a Museum supporter for nearly two decades! Our condolences to the families of Bud and Russell.

If the editor will allow me…at the NASWI Open House in June, Gary Helm from Burlington, WA, won our DVD, “In Defense of Their Nation”. Also, Gary Croasdale of Oak Harbor stopped by the Museum booth during the Fourth of July and won a DVD. With the holidays approaching, the DVD would make a great gift, as well as the many other items available in our Gift Store. Also, a PBYMF annual membership makes a wonderful gift, allowing unlimited Museum visits for the member and a guest for one year, as well as an additional six one-time visit guest passes.