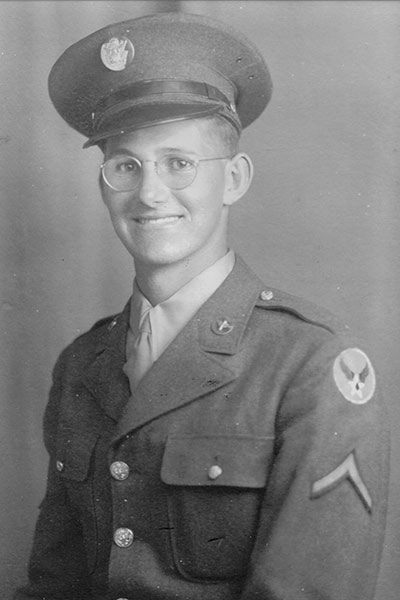 Zylstra joined the Army in 1943 and served with the 8th & 9th Army Air Corps Engineers stationed in Europe. He landed at Utah Beach in Normandy just after D-day and worked on airfields.

After being honorably discharged from the Army in 1945, he studied drafting at Edison Tech in Seattle (now Seattle Central CC). He then returned to the construction business on Whidbey Island. He earned his Journeyman’s certificate with the Carpenter’s and Joiner’s Union in October of 1946.

Bud served as a volunteer fireman for the city of Oak Harbor from 1942 to 1978.   In more recent years Bud enjoyed serving as a docent at the PBY museum in Oak Harbor. He also served his church as an Elder.