Volunteer In The Spotlight – John Love

Volunteer In The Spotlight – John Love 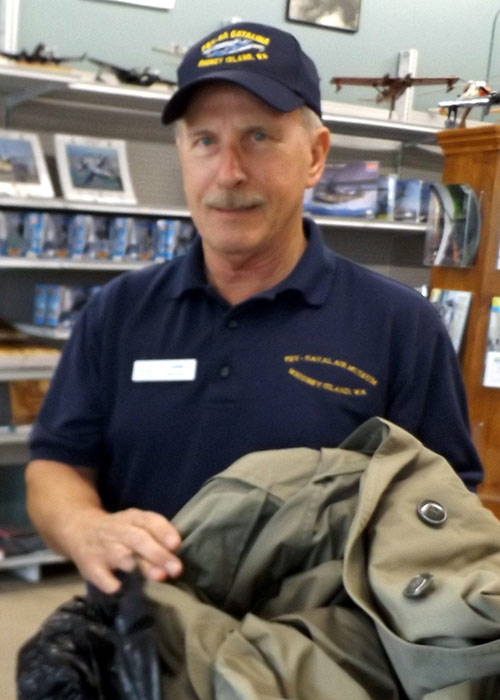 John Love is our Volunteer in the Spotlight this quarter. He hails from Carrabassett, ME and served four years in the Marine Corps as an avionics technician. His aviation experience involved working on F-4 Phantoms.

Love works in the Accessioning department and states “I saw the ad in the newspaper asking for anyone with aircraft experience to work at the Museum so I signed up. I worked one day on the airplane and not a day since… I guess they saw I had additional talents and decided to put them to use.”

Love, amongst others, receives artifacts from the public, documents and photographs the items and assigns them an accession number for future display in the Museum.

“One of the most interesting things I’ve seen come through the door was a box that everyone had been tripping over for a few years.  When we finally opened it, we found it contained a complete set of ultra secret, D-Day and North Africa invasion plans.  The person who had accumulated this material had been stationed aboard a hotel ship where all the planners of these events would go. The ship had all kinds of royalty and VIP visitors and we found a list of these people along with the generals and admirals that were in charge of the war.

“The guy that accumulated this archive kept absolutely everything; pictures and all kinds of stuff so this was one of the more interesting treasure troves of artifacts that I’ve seen come in.”

Love has been a volunteer with the Museum since July 2016.