Base Realignment and Closure (BRAC) History

Base Realignment and Closure (BRAC) History 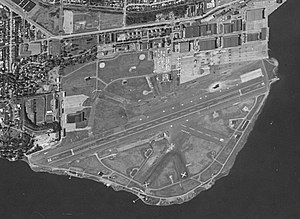 BASE REALIGNMENT AND CLOSURE

This series of articles, covering the history of the BRAC in general and BRAC as it affected selected bases and NAS Whidbey in the past, will be issued over the 2021 CAT-CHAT publications in remembrance of the 1991 round of BRAC in which NAS Whidbey was placed on the BRAC list.

The Base Realignment and Closure (BRAC) process had its origins in the 1960s. Understanding that the Department of Defense (DOD) had to reduce its base structure that had been created during World War II and the Korean War, President John F. Kennedy directed Secretary of Defense Robert S. McNamara to develop and implement an extensive base realignment and closure program to adjust to the realities of the 1960s. The Office of the Secretary of Defense (OSD) subsequently established the criteria to govern the selection of bases without consulting Congress or the military. Under McNamara’s guidance DOD closed sixty bases early in the 1960s without Congress or other government agencies being involved.

The Base Realignment and Closure (BRAC) Act was introduced to address the superfluous Department of Defense (DoD) spending following the Cold War by reducing excess military bases and increasing the effectiveness of existing installations. A BRAC Commission was created to oversee the realignments and closures, and minimize any negative impacts BRAC may have on their surrounding communities. [1] The Base Realignment and Closure Act (BRAC) was passed in 1988 by the Congress of the United States.  The intent was to decrease Department of Defense (DoD) spending and increase the efficiency of military bases by (realigning [2]) or closing unnecessary installations and having a higher concentrations of bases on our near the nations coasts’ to support a rapid response to threats from overseas.

[1] Socioeconomic and Environmental Consequences of Military Base Closures AEC 406 Fall 2018 by Katherine Thomas.

2 Base realignment refers to combining military bases to create a Joint Force Base.